Easter Sunday- Year A- “seek what is above, where Christ is seated at right hand of God (Colossians 3:1).”

Fr. Michael is a priest for the Society of Divine Vocations serving as the Pastor of St. Clement Pope Church Jamaica, NY in the Diocese of Brooklyn and Queens.

Easter Sunday- Year A- “seek what is above, where Christ is seated at right hand of God (Colossians 3:1).”

Last night, the holy Church proclaims her faith in the resurrection of Christ. In the Easter sung, the Exsultet, the holy Church proclaims the mystery of Christ, the Only Begotten Son of God, Our Father. For our sake, Christ has paid to the Eternal Father the debt of Adams sin with his own blood. Rejoicing in the freedom and eternal Passover Christ’s death won for us, just as the Passover lamb won for the Old Testament Israel from their enslavement in Egypt, the holy Church sings the praises of God who brought it about. Like Israel that experienced God’s intervention crossing the Red Sea to dry-shod, from slavery in Egypt, the holy Church sees this night as the one that sets Christian believers apart from worldly vices and from the gloom of sin, leading them to grace and joining them to his holy ones. That is why she sings: “This is the night, when Christ broke the prison-bars of death and rose victorious from the underworld. … This is the night of which it is written: The night shall be as bright as day, dazzling is the night for me, and full of gladness. The sanctifying power of this night dispels wickedness, washes faults away, restores innocence to the fallen, and joy to mourners, drives out hatred, fosters concord, and brings down the mighty.” The holy Church rejoices in this night of Christ’s resurrection, the night of Grace for all humanity.

It was through Mary Magdalene’s experience, that God first announced to the world that death has been defeated. Jesus will appear to Mary Magdalene to reveal himself as the Risen Lord. He will appear and reappear to the apostles and disciples many times to bring them to faith in his resurrection. The faith of the holy Church in the resurrection of Christ will grow rapidly as he appears to them in his glorified state, eats with them, interacts with them and opens the Scriptures for them reminding them of his words beforehand and about the fulfillment of all the Old Testament Scriptures which allude to him. As a result, Peter no longer runs to the tomb to know what happened at the message of Mary Magdalene. Like the unnamed disciple whom Jesus loves, who bent down and saw and believed, Peter now completely believes in the resurrection of Christ. He now proclaims the Christian kerygma- and draws strength from Christ’s life, death and resurrection. This is what he proclaims in the household of Cornelius. He proclaimed to them about the earthly ministry of Jesus, which he and the apostles were witnesses to, and how he was crucified and rose again from the dead, how he rose again from the dead on the third day, how he made appearances to them and commissioned them to preach the good news and to be his witnesses as the one set apart by God to judge the living and the dead, who offers forgiveness of sins to all who believe in his name (see Acts 10: 37-43).

The resurrection of Jesus was so real to the apostles and disciples and changed their lives that they were willing to give up their lives and die. No one dies for what is not real and true. All through the ages, the resurrection of Christ has produced great results and effects in our lives, especially in the lives of the different categories of saints. It has produced martyrs, confessors, virgins, charity workers, heroes and heroines of faith, etc. To proclaim the mystery of Christ’s life, death and resurrection and to reenact Christ’s great sacrifice of the Cross, he still calls apostles and disciples in the footsteps of his original apostles and their successors in every place and in every age. It has changed our lives from being sinners into saints. It has brought about transformations in the human lives, cultures and societies. As disciples of Jesus, let us heed the words of St. Paul today, “if then you were raised with Christ, seek what is above, where Christ is seated at right hand of God. Think of what is above, not of what is on earth.” “Christ, has been sacrificed. Therefore, let us celebrate the feast, not with the old yeast, the yeast of malice and wickedness, but with the unleavened bread of sincerity and truth.” 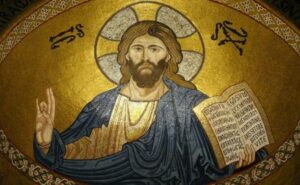 Monday through Friday: 9am – 3pm

TWENTY-SIXTH SUNDAY IN ORDINARY TIME YEAR B SEPTEMBER 26, 2021 Our Weekly  Collection Totals. All contributions from September

You are welcome to the household of God. You approach Mount Zion and the city of the living God, the heavenly Jerusalem…, and God the judge of all…, and Jesus the mediator of a new covenant… (see Hebrews 12:18-24).

PRAYER FOR RECONCILIATION AND HEALING IN OUR PARISH:

Lord Jesus Christ, you taught us your disciples to love our enemies and to pray for those who persecute us, (Matthew 5:44).

You said: “Whenever you stand praying, forgive, if you have anything against anyone; so that your Father in heaven may also forgive you your trespasses.” (Mark 11: 25- 26).

You taught us: forgive us our debts, as we forgive our debtors; (Matthew 6: 12).

On the cross, you prayed for your executioners: “Father, forgive them; for they know not what they do” (Luke 23:34).

You have called us to be your disciples and to conform into your image and likeness. I ask you now to forgive for me all those I have grievance against who hurt me in the past. Forgive them, bring them to repentance and to conversion. Lord Jesus, forgive me also for the many ways I have offended you and my fellow human beings. Forgive me for the grievance I have nursed against others in my heart. Forgive me; heal me; give me your Grace to be your instrument of peace and reconciliation in my surroundings especially in my Parish Family of St. Clement Pope Church. AMEN.